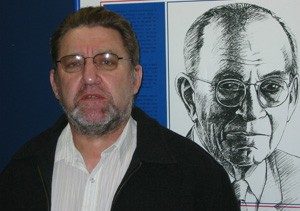 This course has two broad objectives:

The first is to present a history of the New Zealand economy. Anyone who knows it well will be struck by how many of today’s challenges are repeats of, variations of and developments from past challenges. Often discussions on contemporary issues are compromised by not knowing enough history to see why we are where we are and why policies that are being pursued failed in the past. The claim that ‘this time it is different’ fails to recognise that the underlying issues and analysis are much the same. It is said that those who do not know their history are doomed to repeat the mistakes of the past.

The second is to apply existing economic analysis to the various issues which will be met. They analysis covers many parts of economics: macroeconomics, microeconomics, environmental economics (and other examples of non-market economics), growth and development economics, and the theory of international trade. Students with a robust familiarity with economic theory will also find the course a useful revision plus enjoy applying their knowledge to practical historical issues. Others will also find the economic applications useful for improving their understanding of economic analysis.

The presenter is very aware of Keynes’ remarks about defunct economists – it could be applied in other disciplines such as history. Thus he tries to make his analysis and values explicit; students need not agree with him but they will be able to engage with the teacher from the perspective of their own analyses and values.

While it will be necessary to touch on the political history the primary concern is the economic, external, geographic, intellectual and social drivers and the events which shaped New Zealand. The coverage of policy developments will be positive (what has happened and why) rather than normative (what should have happened and didn’t).

While the focus is on New Zealand it is, of course, necessary to make reference to the international context and how external events impact on domestic New Zealand.

The course is based on a political economy and history of New Zealand to be published next year by Massey University Press. The text is 250,000 words. This course gives greater attention to the economics.

As a result of the course students will have a better understanding of the history of New Zealand and, as a consequence, of contemporary New Zealand, while improving their economic analysis and the practice of applying it.

The proposed sessions are:

1. Before the Market
The Maori economy from arrival in Aotearoa to arrival in the cities.
The household economy and the path of women from unpaid to paid work.
Other than in development economics, most economists pay little attention to economic behaviour which occurs outside the market. These two case studies are both important historically, but also raise issues of what happens when those outside the market move into it.

2. Evolving Towards Sustainability
The early quarries
Have we got there yet?
There are some who argue that economic growth is no more than the unsustainablee plundering of natural resources. While an economist may not go as far as this, even today the country is failing with water (but perhaps doing better than most of the world with fish).

3. The New Zealand Market Economy
Patterns of growth since the 1850s.
How crises and stagnations occur.
A review of the long term growth record is both cheerful and sobering (about a third of the time since 1858 New Zealand has been in long term stagnations). But how good an indicator is GDP about what really happened; and what can we say about the role of overseas borrowing?

4. The Post-war Economy
The end of the pastoral political economy.
From wartime control to Rogernomics and after.
The market liberalisation of the late 1980s was a response to the wool price crash and the failure to liberalise steadily after the war together with the growing diversity and choice in a modern economy.

About Brian:
Brian Easton has worked on many aspects of the NZ economy for over half a century. This course is based on his latest book, due out next hear which is a political economy/history of New Zealand although it will be more ‘economic’ than for the general reader. While he works as a scholar and a consultant, he holds positions in six New Zealand universities including being an adjunct professor of economics at AUT.